BootUP News
March 17, 2021 BootUP
The bridge between Silicon Valley and Gujarat, India, just became stronger. During the recent Vibrant Gujarat delegation led by Arvind Agarwal, Additional Chief Secretary, Government of Gujarat, to Silicon Valley, BootUP Ventures signed a MoU with iCreate (International Centre for Entrepreneurship and Technology), a Gujarat based incubator.  This MoU seeks to leverage capabilities on both sides – BootUP providing a platform for Indian entrepreneurs to gain exposure to Silicon Valley and reach their next level of growth in the US,  and iCreate providing a landing pad for US based innovators to understand business in India and evolve a model to enter the Indian market. 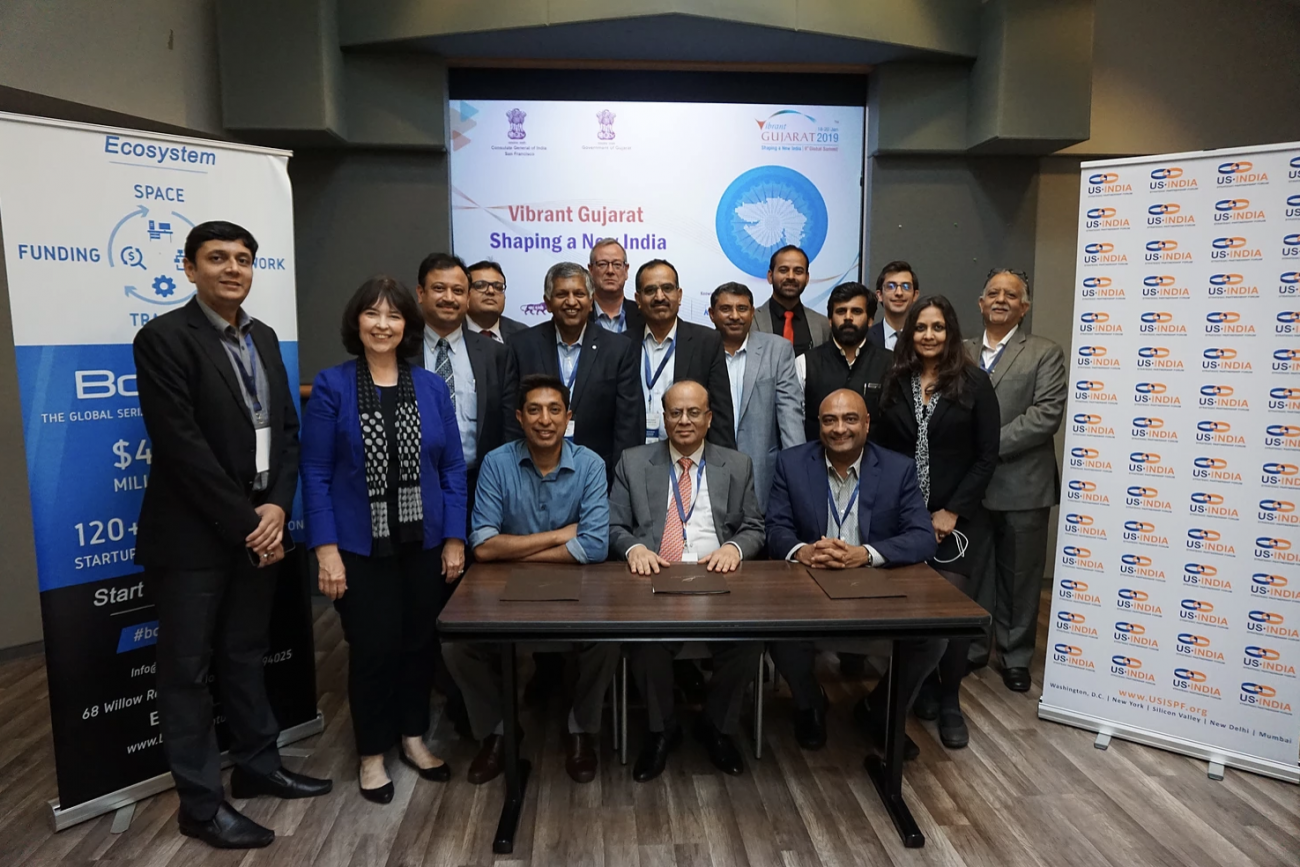 At  a meeting at BootUP with the Vibrant Gujarat delegation, organized together with USISPF,  the delegation was privileged to hear perspectives on Silicon Valley from leaders in Valley, representing the City of Menlo Park, investors, founders, etc.

During the meeting, Arvind Agarwal, ACS (Additional Chief Secretary)  Finance, Government of Gujarat, expressed great satisfaction with this MoU and said that it would greatly facilitate both the exposure of Indian start-ups to the Silicon Valley culture, as well as offer a platform for Valley innovators to come and explore the Indian market.

Parag Amin, Chief Mentor and a Founding Director of iCreate said that this symbolises the consolidation of iCreate’s journey of bringing best in class innovation to India, following on the heels of a very successful, similar initiative with Israel. He said that he was confident that BootUP would provide global perspectives, mentorship as well as funds to Indian start-ups and iCreate would offer a powerful platform for US innovators to launch their India operations from. Mukul Agarwal, Founder & CEO of BootUP Ventures, says BootUP has been eyeing India for some time, looking for ways to help his birth country, India, leapfrog ahead to the a new innovation growth path, focused on entrepreneurship and innovation.  It has been his dream, beginning with helping to establish the Sister City partnership between Kochi, Kerala/India and Menlo Park in 2015, to this new MoU with Gujarat, and more. Mukul is very pleased to share with Indian start-ups the wisdom and networks of the Silicon Valley to enable them to scale on the world stage.